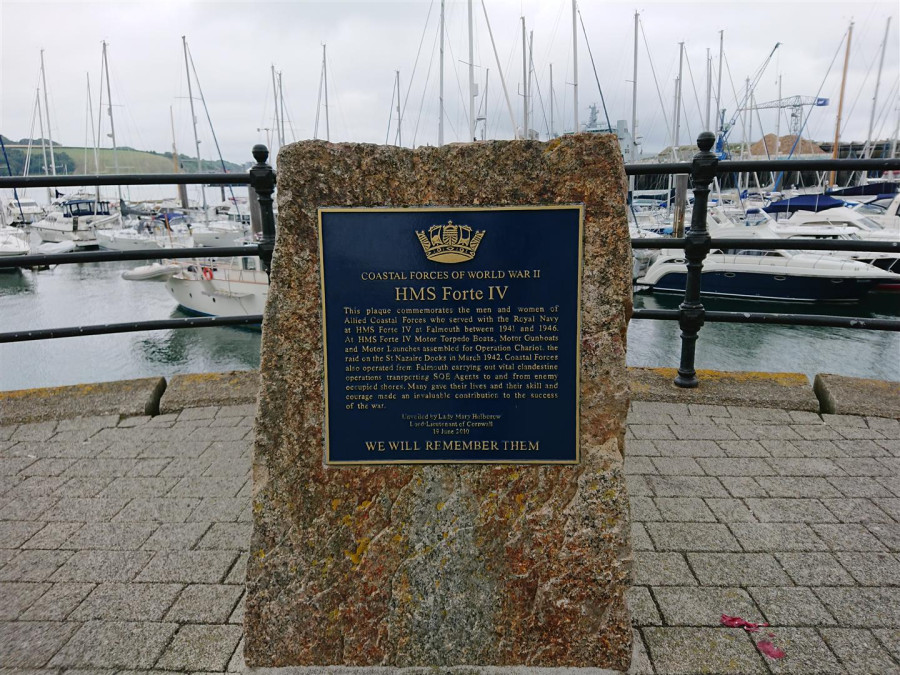 This plaque commemorates the men and women of
Allied Coastal Forces who served with the Royal Navy
at HMS Forte IV at Falmouth between 1941 and 1946.
At HMS Forte IV Motor Torpedo Boats, Motor Gunboats
and Motor Launches assembled for Operation Chariot, the
raid on the St Nazaire Docks in March 1942. Coastal Forces
also operated from Falmouth carrying out vital clandestine
operations transporting SOE Agents to and from enemy
occupied shores. Many gave their lives and their skill and
courage made an invaluable contribution to the success
of the war.