Did you know that a foam dust filter is capable of milling away the leading edges of a PC case fan? 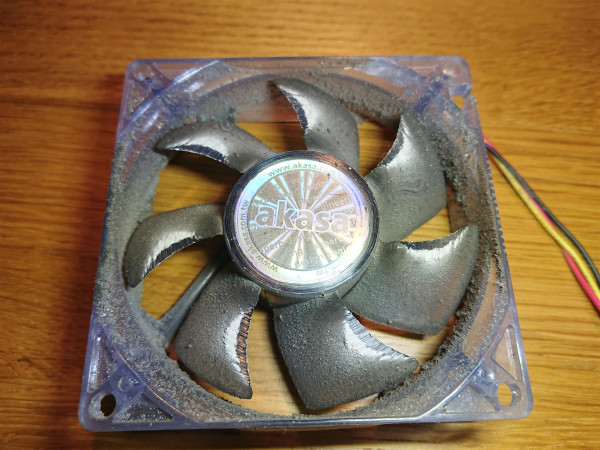 That particular fan was mounted to the top of the case as an inlet (in a vain attempt to have positive internal pressure so the CD drive doesn't become a dust filter), and appears to have sucked the foam filter away from the holder and then merrily chewed away at it. Well, that answers the question of where the buzzing sound in the PC was coming from! 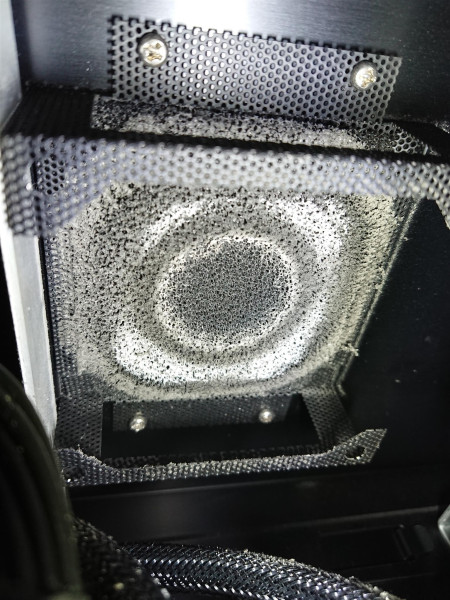 Anyway, after hoovering out some of the dust and putting everything back together (without the filter), I was curious as to how effective the cooling actually is, especially as the the CPU heatsink needs attacking with a can of air. So I set CPU-Z running a stress test and left it for a good while... and the result is the system is remarkably stable for temperatures. It holds the CPU (a Core 2 Quad Q6600, rated at 95W TDP) to <70°C on all cores and the motherboard is reporting 42°C, with spare headroom on both CPU and case fan speeds.

With that proved out I mixed things up a bit by starting a render test in GPU-Z as well. That caused the case fans to ramp up to near-full speed to keep the system temperature at 43&degC, with the GPU reporting 64&degC and the CPU cores actually slightly lower (thanks to the increased case fan speed).

There is some method behind this investigation: I've got several upgrades planned for Nyx, including a shiny new Ryzen 9 5900X (if I can find one of 'em), and that eats a bit more power than the current CPU. And unlike Craig I don't have a gargantuan computer case that can swallow heatsinks with dual 140mm fans, so I need to pick my cooling system with care.
Collapse