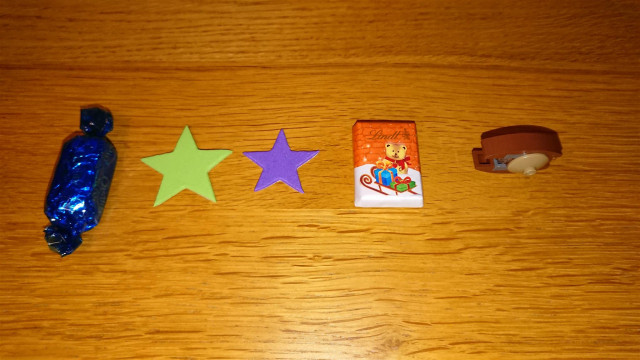 A quality street chocolate and two foam stars from my sister, more chocolate, and a space fighter thing from the Lego calendar. I'll stick the foam stars on the snowmen probably tomorrow.

Minor excitement at work today - there's a bit of scrubland behind the office and whoever's in charge of it decided to spend the day clearing it. So the morning we were treated to what sounded like arguing chainsaws, and in the afternoon they collected up all the wood and shrubs they'd cut down and set fire to it. Since we've had a very wet few weeks this resulted in epic amounts of smoke blanketing the car park (you know it's bad when your eyes start to water inside the office with the closed windows). We actually phoned the fire brigade in the end to come and have a look at it! They turned up fairly quickly, though while I'm not sure if they put the bonfire out or just gave the chaps there an earful it did seem to be less smoky afterwards.

At tonight's pasta night Kyle brought a new game: Joking Hazard, created by the insanity that's behind the Cyanide and Happiness webcomic. It plays much like Cards Against Humanity (and has the same NSFW-style terrible humour), and the five of us ended up whiling away an hour or two going through the entire deck of cards creating epically awful comics (along with a few that were actually quite heartwarming - like Cards Against Humanity, occasionally the game throws out something nice for a change).

Walking back from work today, I spotted this chap dart across the ground... 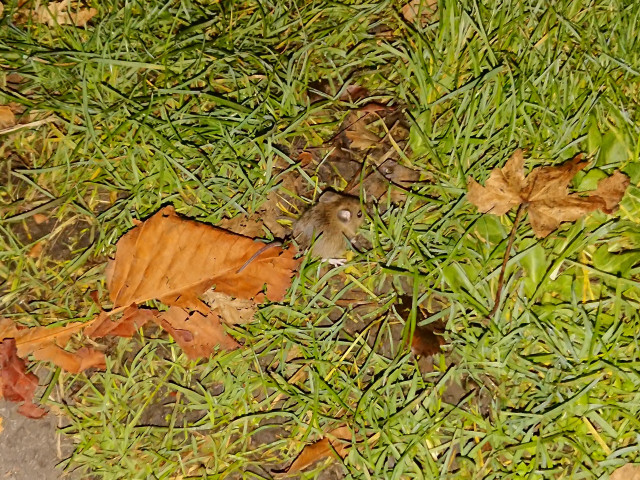 Though Ch from housegroup had a different opinion on mice... Moar chocolate, a droid thing, and a waistcoat for my snowman! 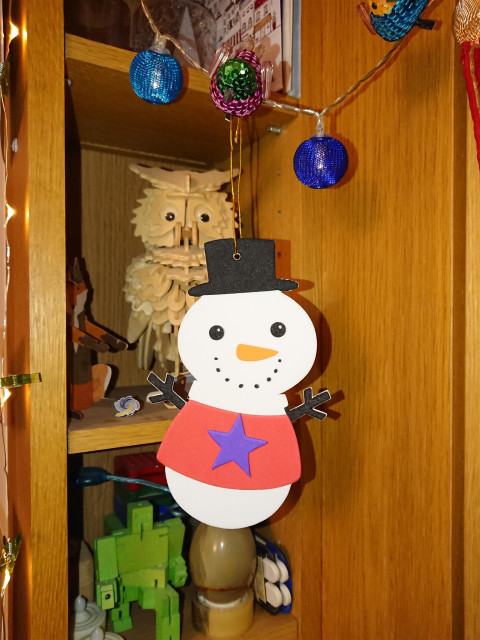