The disk failure in Nyx proved to be terminal - any attempt to power it results in the drive powering up, flinging the heads back and forth a couple of times, and then spinning down and sulking. The internets suggest that a head crash is the likely cause and expensive data recovery is the only option. So it's just as well I have backups in place!

Anyway, Nyx has now been rebuilt with MOAR STORAGE! Nyx now has a brace of three Toshiba P300 3TB drives to replace the collection of random older hard disks in it and my data folder has been largely restored from backups. Unfortunately there were a few casualties of the disk failure: my email database did not get cleanly backed up and Windows Live Mail refuses to touch it. Fortunately the emails themselves are fine (stored as individual files), just the metadata and folder structure was lost. That's been rebuilt from the online email servers and at some point I'll reconstruct the offline folders.

I also discovered that Windows Live Mail supports RSS feeds! And, by default, it subscribes to a MSN feed and archives all the posts. I apparently have nearly 100,000 archived news posts which weren't helping matters.

All that's left is to redownload all the not-backed-up stuff!

A replacement laptop has been something I've looked into off and on for a few years now, but never quite could justify to myself as long as Aether was approximately functional. Last year however Aether finally died for good (GPU failure) and since then I've found the odd instance when having a laptop would have been handy. So with a potential upgrade for Nyx looming in the next few months (which will be another post) I went laptop hunting as I'd rather like to have at least one working computer.

Ironically, I bought the laptop just before the Grand Disk Failure of 2019... but not far enough in advance to have it arrive first. 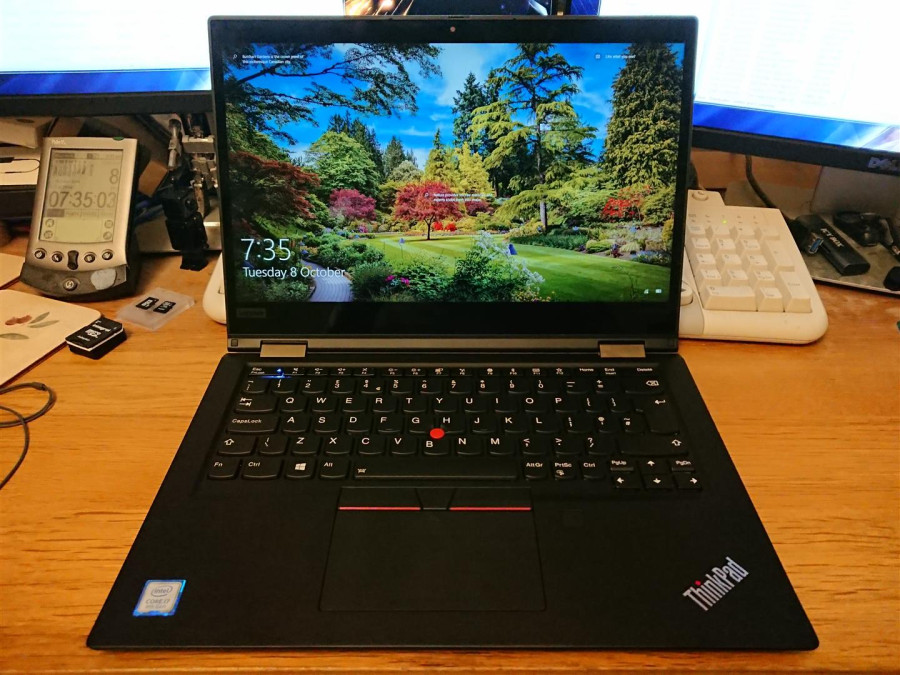 I've always been partial to ThinkPads (even if they no longer have the nice keyboards of old). In years gone by I'd have likely picked a T-series, but quite frankly they no longer have the features I want (DVD drive) and in the absence of those, the extra size isn't really necessary. I started looking at other models, and the X-series caught my eye with the Yoga variants in particular. And the result: a fairly tricked-out X390 Yoga! Being an X-series there are compromises - very little is upgradable on them, so I maxed out the RAM at 16GB and picked a Core i7-8565U processor.

With any luck, this will be another long-lasting system. I got well over 10 years out of Aether in all its forms - if I get 5 years with this one, then I'll be happy.

The only question left is how fast is it? 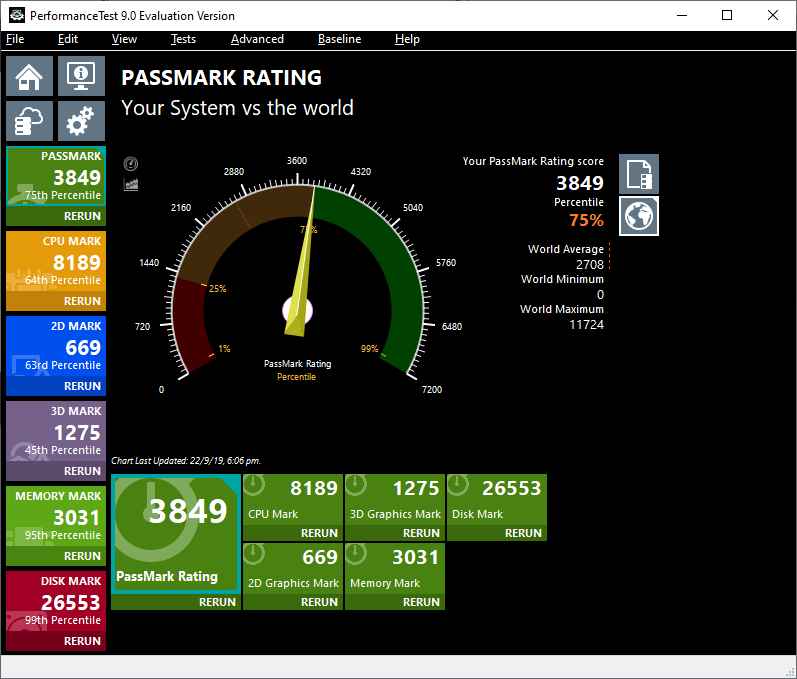 The answer is... fast. It's not the best-scoring system overall on

pleaseremove's list but it does manage to hold its own, given the mobile CPU and embedded GPU (Intel UHD 620). And it has a secret weapon, in the form of an upgraded SSD - I replaced the stock drive (a 128GB Toshiba BG3-series model) with a 1TB Samsung 970 EVO Plus which has utterly demolished all the competition on that list.
Collapse