Tonight a full lunar eclipse was forecast, and so

elemnar popped round in the hope of watching it from my flat.

Unfortunately the weather, which had been gloriously sunny for the past month, chose today to cloud over... 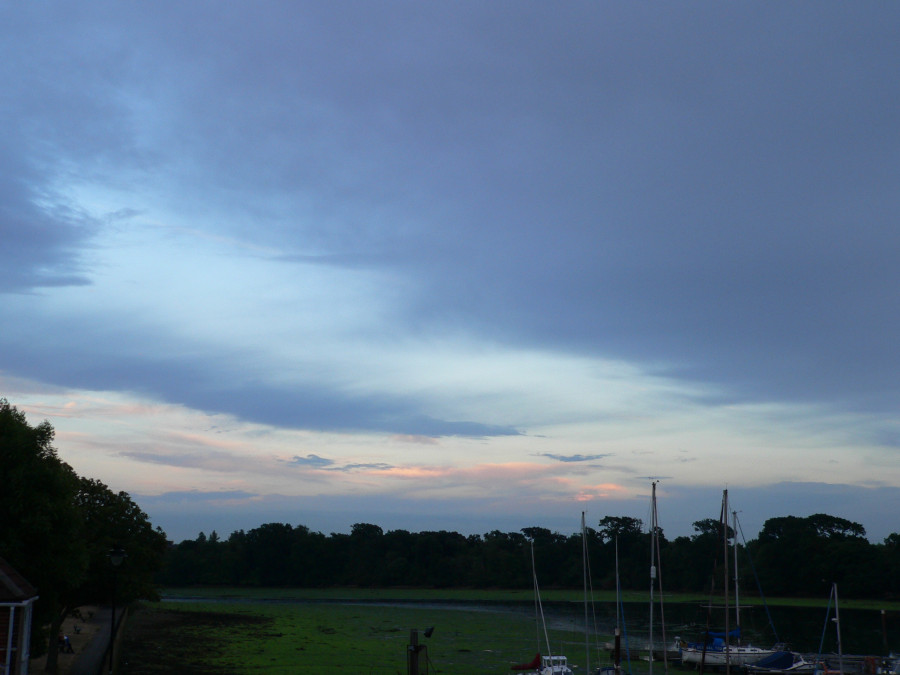 ...and as the night drew in the cloud thickened. There was no sign of the eclipsed moon when it rose at 9pm. We spied a patch of clear sky to the west so

elemnar and I decided to jump in the car and head towards it. We got to Warsash to find that the clear patch had vanished, and given the timing gave up on searching for clearer skies and headed back to my flat. In the end there never was a gap in the clouds and so we didn't get to see the eclipse - all we saw was the effects of it on the clouds, as they became more visible with the end of the eclipse.

On the flip side we did get to spy Jupiter through a gap in the clouds (the pale dot in the middle of the photo, taken by

elemnar with her phone!), so it wasn't a total eclipse fail. 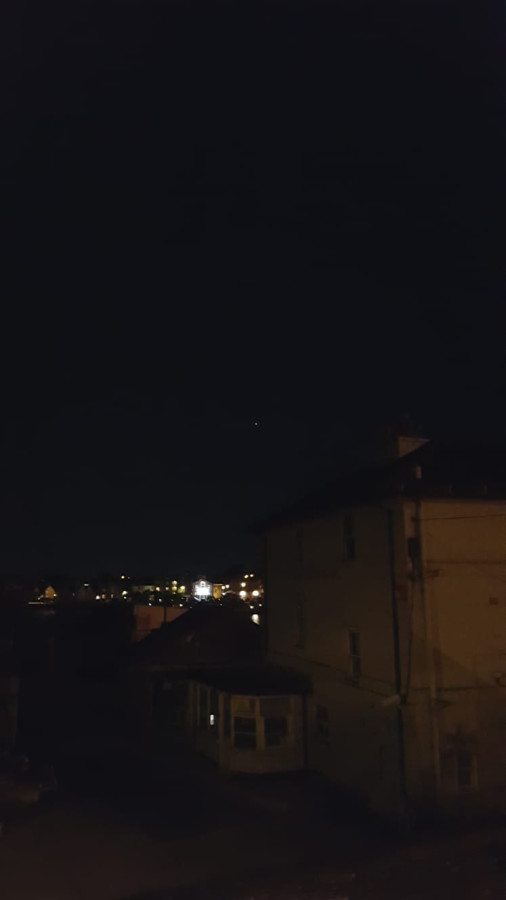