jonners99 and I were discussing how it is that card games tend to come in oversized boxes that are awkward to deal with and take up far too much space in the Bag of Games.

Clearly the solution is to split it out into smaller boxes. However these games have a lot of cards and so won't fit in your normal deck box. They will, however, fit very nicely into a MtG fat pack box... 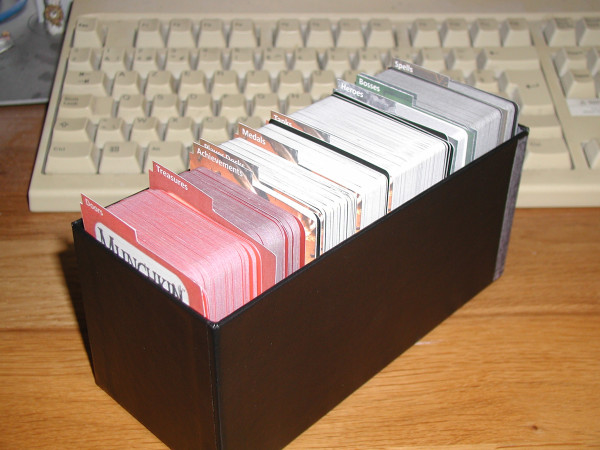 That's got Munchkin Zombies, Boss Monster, and World of Tanks. Unfortunately I ran out of space - the Boss Monster: Crash Landing expansion doesn't quite fit, and Man Bites Dog certainly won't. And that's my only spare fat pack box as all the others actually have MtG cards in them. Hmm... how much are fat packs these days, and is it seriously worth buying one mainly for the boxes? 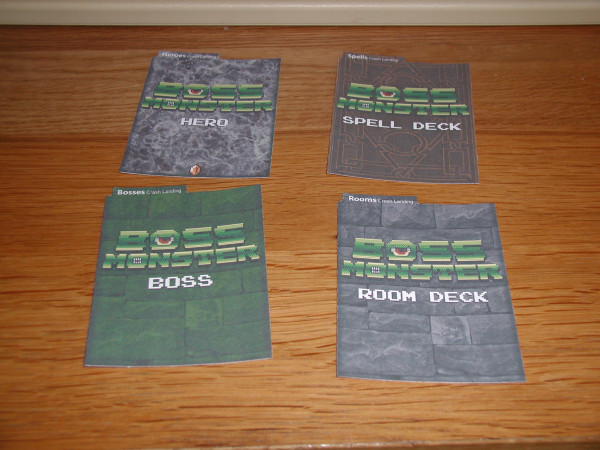 I also put together a bunch of dividers using the MtG plastic ones as a rough template (a forum post helpfully had some measurements). They're printed onto WH Smith premium 160gsm card (with a Canon iP2600 I used Matte Photo Paper, Standard quality, and set the paper thickness to "envelope" as technically 160gsm is out-of-spec for this printer) and seem to have come out well enough.

The only flaw in the plan is I now have a pile of rules booklets to transport somehow. Still, it's a smaller heap overall than I started with!
Collapse