There was a request for more photographic slices of everyday life, so here's one!

So the other day I returned to find that in the six parking spaces behind the flat there were six cars and a motorbike - actually, it's worse than that because the motorbike was pretending to be a car and so someone had double-parked. I turned in to the entrance to spot the double-parked car, and seeing as it's hard enough getting out of there when someone's double-parked I decided against trying to squeeze my way in, in the dark, when I'd probably find a lack of spaces and have to somehow get back out. So I reversed back, and parked in one of the marina spaces instead.

Well, 'twas a dark and stormy night and things may have gotten a little wet, judging by the line of seaweed... 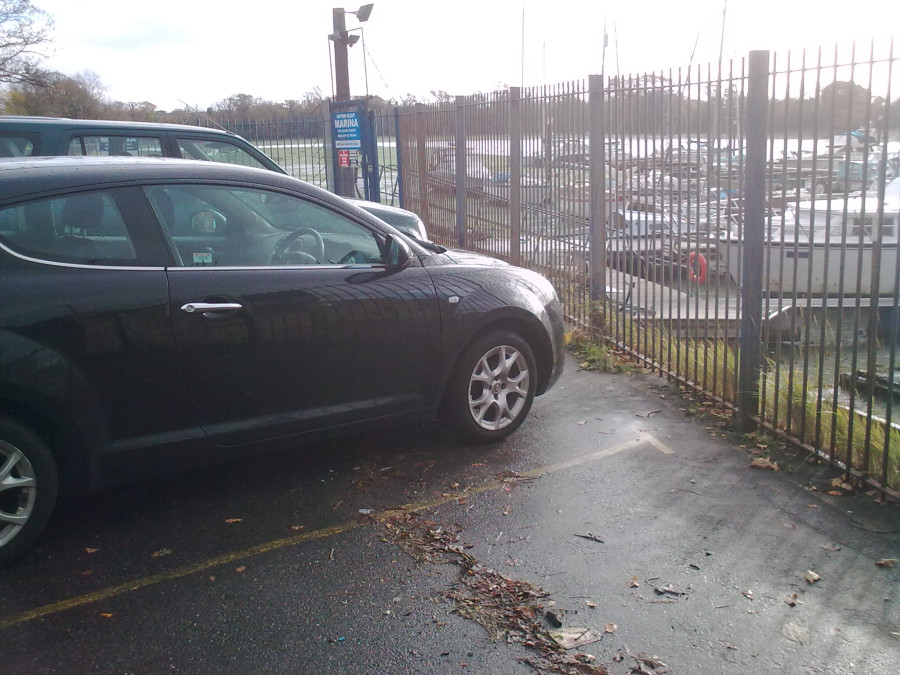 Fortunately there's no real risk of cars getting flooded there - the moat a year or two ago was an exceptional event, and even then it was maybe an inch or so of water. I'm sure I've encountered deeper puddles on stormy journeys (the one I found at 30mph in Pulborough one night comes to mind...).
Collapse