More uncontainable excitement at work yesterday. It seems we're getting something each week until the new name is announced (which they apparently have now decided on).

This time, inside the mysterious tissue paper... was a pencil! Again complete with the obligatory motivational message.

I suppose it is slightly more useful than the rubber. At least until the point wears down and it needs sharpening. Perhaps a sharpener will be the next trinket from marketing?

For some time now,

elemnar and I have been taking it in turns to decorate each others' flat. One of her latest offerings is a surprisingly musical metal cat, seen here sitting on my windowsill the other day, waiting for the rain to stop... 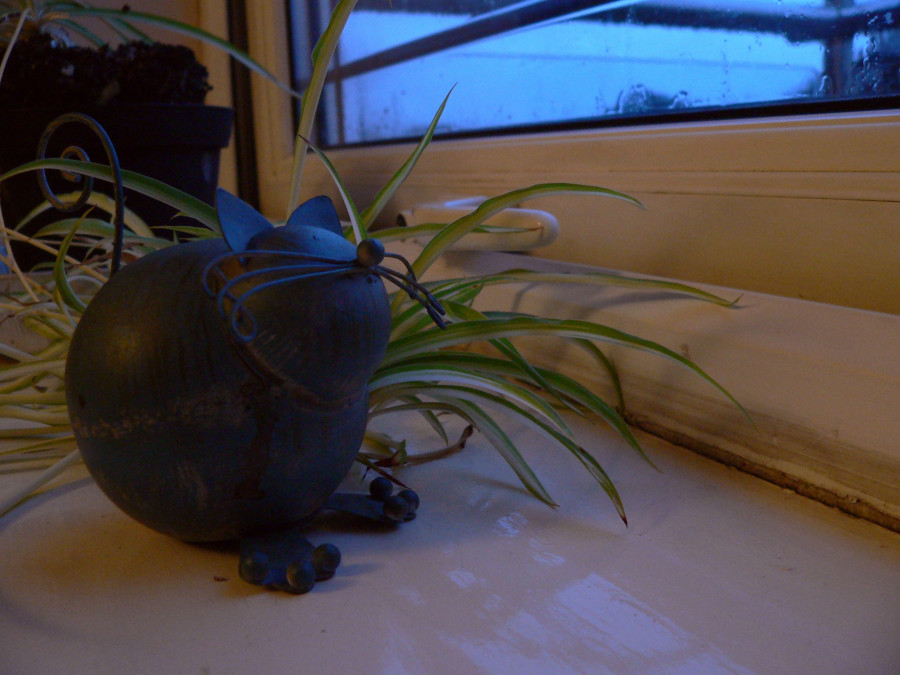 It makes a wonderful faint 'bong' sound (a bit like a tuning fork) if you tap its tail or whiskers.


We've already exchanged another round of flat decorations - back at the start of the month, we went to Greenwich to see the refurbished Cutty Sark (I'd only been on it before the fire and rebuild, while despite being in Greenwich every weekend over a couple of years

elemnar never actually visited it). While in the gift shop afterwards I spotted a suitable flat decoration and so distracted her with an obvious distraction so I could buy it without her noticing ("Look, an obvious distraction!"). Later on, in Greenwich market we spotted someone making words and objects out of wire (it was quite impressive - he'd select a length of wire, spend maybe a minute quickly bending it with a pair of pliers, and suddenly in his hands would be a flower on a stick complete with coloured bead in the middle). I mentioned I rather liked some of the more grand creations, at which point

elemnar sent me in search of a three-headed monkey while she bought it.

Anyway, you'll have to wait for the next one to appear, partially because

elemnar now needs to post the photo of the thing I bought for here but mainly because I've got some ides in mind for the next photo...
Collapse