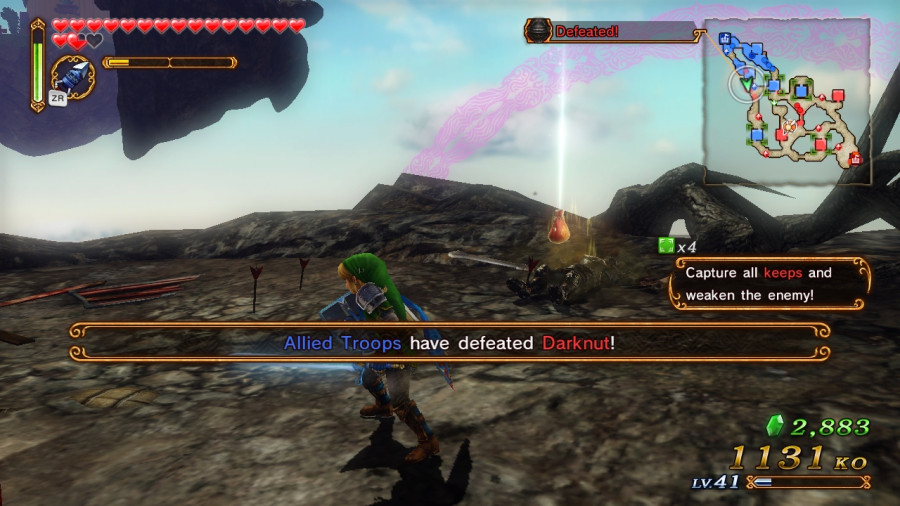 Somehow I'd managed to knock the Darknut down to only a couple of hitpoints, sending it flying into a clump of my foot soldiers. One of 'em then took a quick swipe at it with the result above. Don't underestimate the cannon fodder in Hyrule Warriors... they can and will deal damage, which while small can still be deadly.


Later on, in a different mission (but on the same map - this does get rather repetitive after a bit), the game designers decided to play with the traditional character roles... 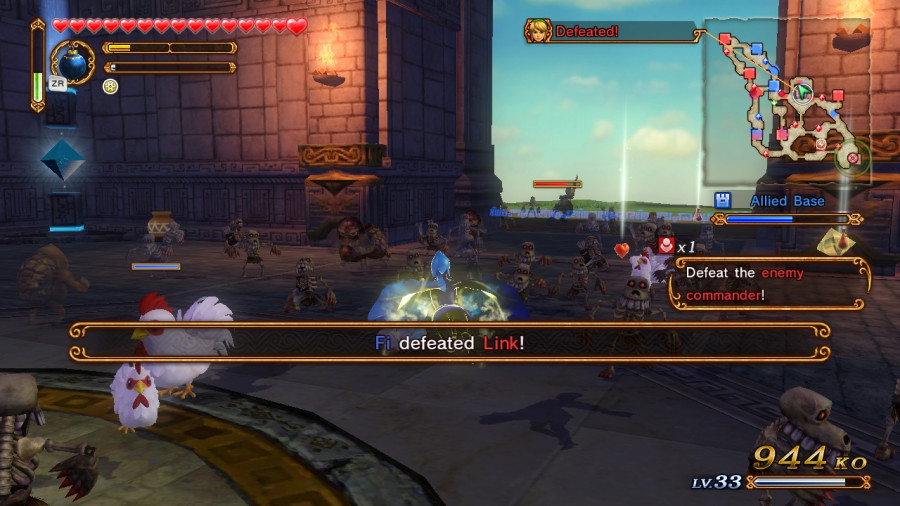 The enemy commander, by the way, was Zelda, while on my team Ghirahim was in charge. Sword spirits versus Triforce perhaps?
Collapse