Been playing some more Hyrule Warriors recently, because I want to unlock at least some of the stuff in it. And what should appear during one mission but this comment from Ghirahim, who's supposedly on my team... 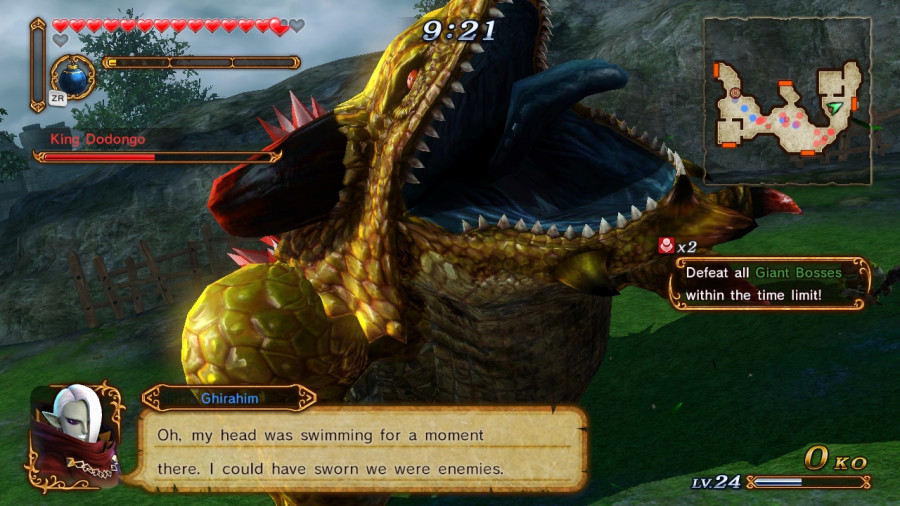 Of course, he then came to his senses, turned traitor, and tried ineffectually to attack me (playing as Impa, because one of her combos is epically overpowered against giant bosses). I just ignored him instead and splatted the Dodongos. I'm not sure his pride will ever recover.


Speaking of overpowered combos, I stumbled across another trick. Some missions in Adventure Mode where "all attacks are devastating" - this is essentially InstaGib mode. Previously I've just waded in and relied on the fact that the player can actually survive one hit, but this time I had a go at taking pot-shots with the bow. Normally the bow is only useful against very specific enemies, but it still does a little damage... which in InstaGib mode is enough to churn through vast hordes of enemy captains while staying out of range of them.

I declare this to be most unfair: 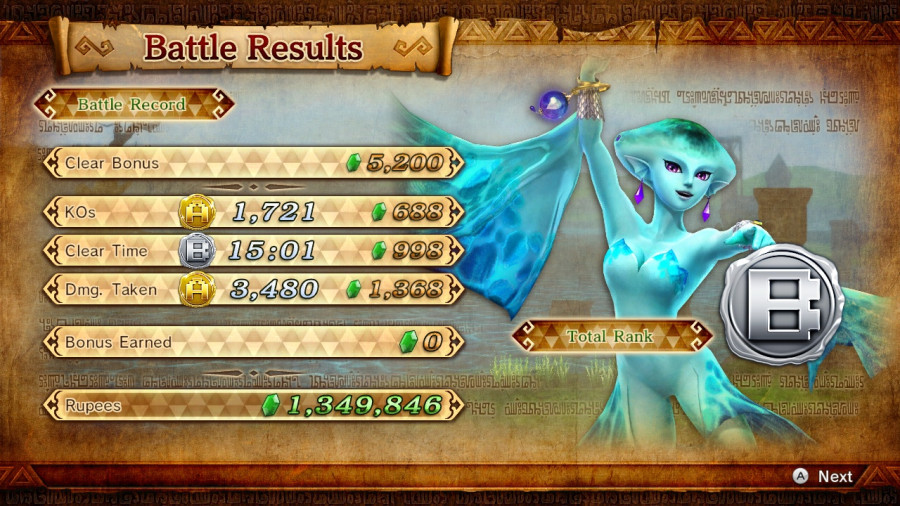 For those of you who don't play Hyrule Warriors (probably almost my entire flist), to get an A-rank one needs something like 1000 or so KOs, a reasonably low amount of damage taken, and to complete the battle within 15 minutes. Not 15 minutes and 1 second.

Still, I have to admit I wasn't expecting to get an A-rank given that I'd only just unlocked Ruto... but I was expecting to fail on damage and/or KOs, not by just taking a smidgen too long.
Collapse