Today I wanted to get at some data on an old Ericsson T39m cellphone I used to use. Unfortunately, sometime over the past year or two the battery has completely failed (and has swollen quite alarmingly), and this particular phone won't power up unless the battery is present. The variable PSU only has a fixed choice of voltages, none of which are near the ~3.5V that a Li-Ion battery puts out (and in any case I only seem to have one crocodile clip lead so I can't connect it up). 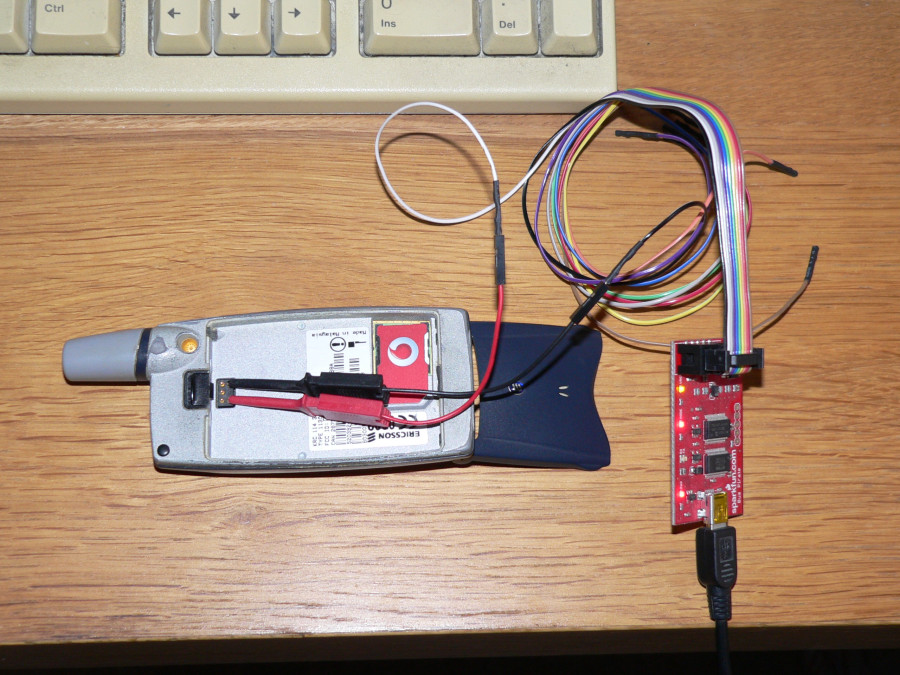 Here, I've connected the 3.3V rail of the Bus Pirate to the battery terminals on the T39m. The Bus Pirate probably won't be able to sustain the current draw for an actual phone call, but it can certainly supply enough for the phone to boot: 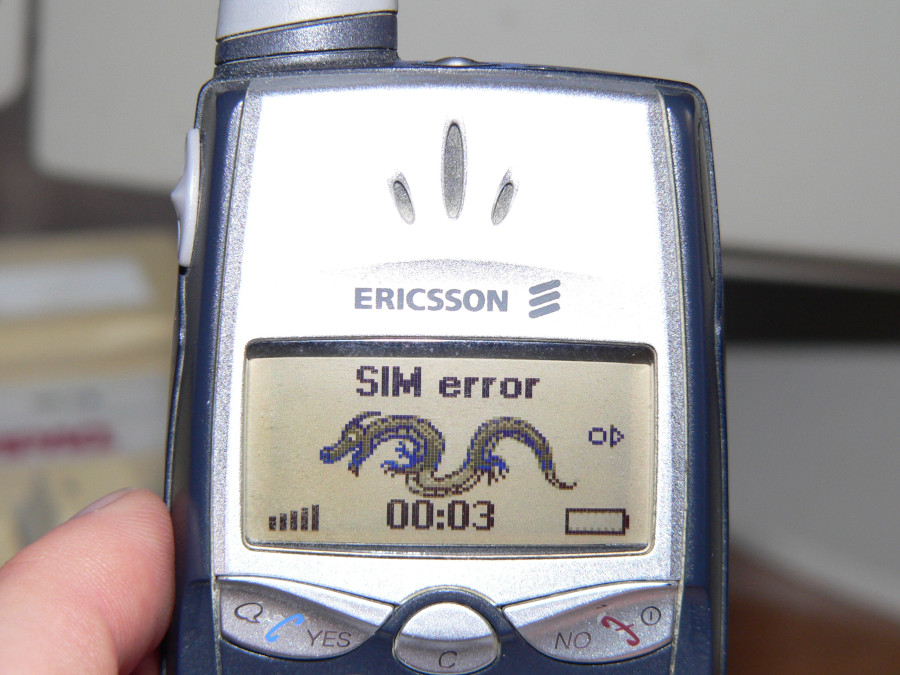 Success! And a full strength signal too (that's old-school GSM frontend design for you - none of this "you're holding it wrong" rubbish). Aside from the zeroed clock and the dead SIM, the rest of the phone works fine and I was able to extract the data I wanted.
Collapse