Today's demonstration of how having the correct colour profile makes a difference involves a roll of 35mm film. Specifically, Fuji-brand film (I think a Fujicolor Superia 200).

Anyway, I recently dug the SLR out to take some photos of the local D-Day commemorations, and having finished the roll of film wandered along to Boots to get it developed (being about the only place still around that actually knows what to do with real film). I picked up the prints a couple of days later, and they looked a bit, well, underwhelming. Either the sky was washed out or the planes were in shadow, and there was a definite colour cast as well. I'd also gotten a photo CD on a whim, and the photos on that were also less than I was expecting - only 2136x1534 JPEGs for the "HIRES" ones.

Case in point: here's one of the Boots scans: 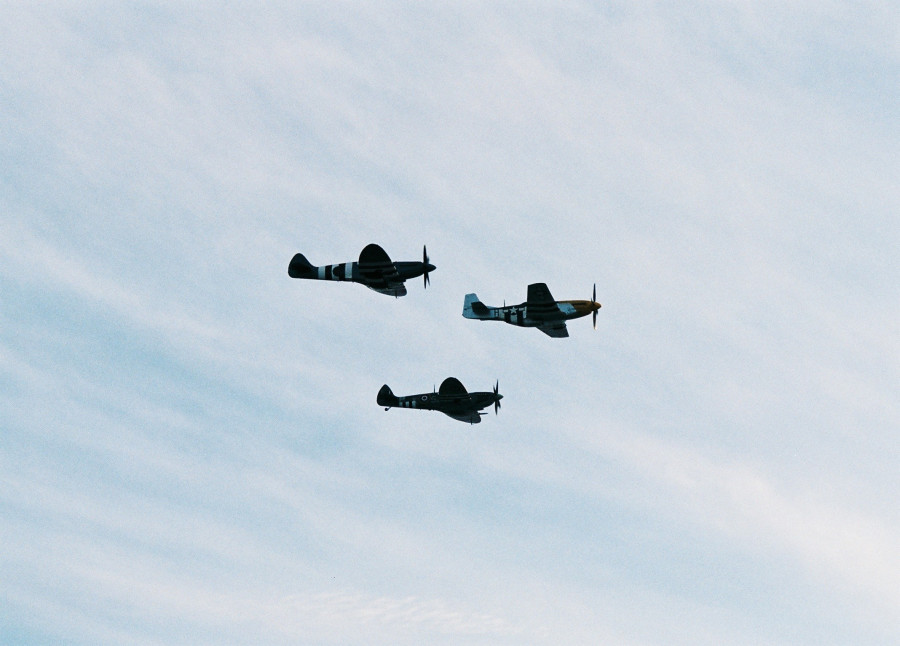 I'd seen this before with the photos I took at the Bournemouth airshow last year, but then I put it down to the 500mm mirror lens I was using. This time however I was using a much sharper 35-105mm Nikkor lens, and was expecting more detail in the photos. So I dug out an old Nikon Coolscan III, convinced it and its SCSI card to install on Windows 7 64-bit, and pointed VueScan at it. And got much the same result as the Boots prints. Hmm.

Then I had a poke around in the VueScan settings, found the "Negative vendor/brand/type" options, and experimented. And wouldn't you know, but if you change it from "Generic" to something else, you end up with a very different photo...

That was with the Kodak, Gold, 200 Gen 6 preset - the readme suggests playing around with the Kodak Advantix or Gold presets for recent Fuji films. I'm sure it could still be improved on if I could be bothered to properly calibrate the scanner, but as it stands it's enough of an improvement (at a much higher resolution as well - 3700x2500) that I'm happy!
Collapse