While in Horsham with the rest of the family over the weekend, I popped into town and picked up Munchkin Zombies. We all played it in the evening and it turned out to be every bit as chaotic as we'd expected. 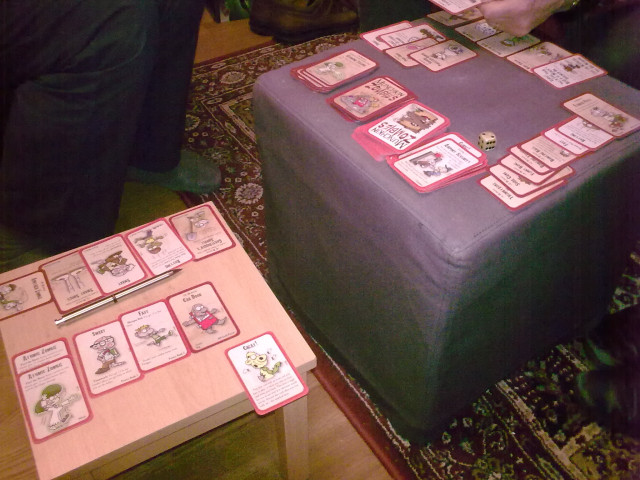 allegramente won by not appearing to be much of a threat until far too late in the game. We played another on Sunday (yes, this is yet another delayed photo post) which now that we'd gotten our heads round the rules ended up much crazier. After a few rounds of everyone at level 9,

elemnar won by splatting a low-level monster with a combat strength of 30-something.

I can see this game will be going with us on the upcoming family holiday...
Collapse