Something that struck me while copying photos off various cameras the other day was just how things have changed with memory cards. On the left is a 64MB SmartMedia card that's the highest capacity supported by the aging Olympus camera (128MB SmartMedia cards did exist, but were poorly supported). Next is a 2GB SD card that I picked up about 5 years ago mainly for use with the Wii. Finally, there's an 8GB microSD card from my phone. 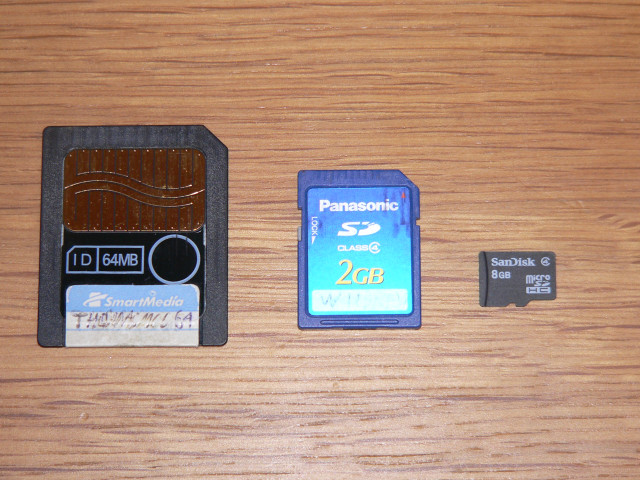 It's not escaped my notice that the card with the largest capacity is physically the smallest. Interestingly the SmartMedia card is thinner, but that's because inside a SD or microSD card there's actually *two* chips stacked on top of each other: the actual flash memory, and a surprisingly powerful microcontroller to handle the SD interface.
Collapse