You may remember that a month or so back I bought some LED lighting strips from Ikea and was trying to work out what to do with them.

Well, I still haven't worked out how I want them in the bookcase. I have, however found somewhere else to place them. This is what the kitchen used to look like: 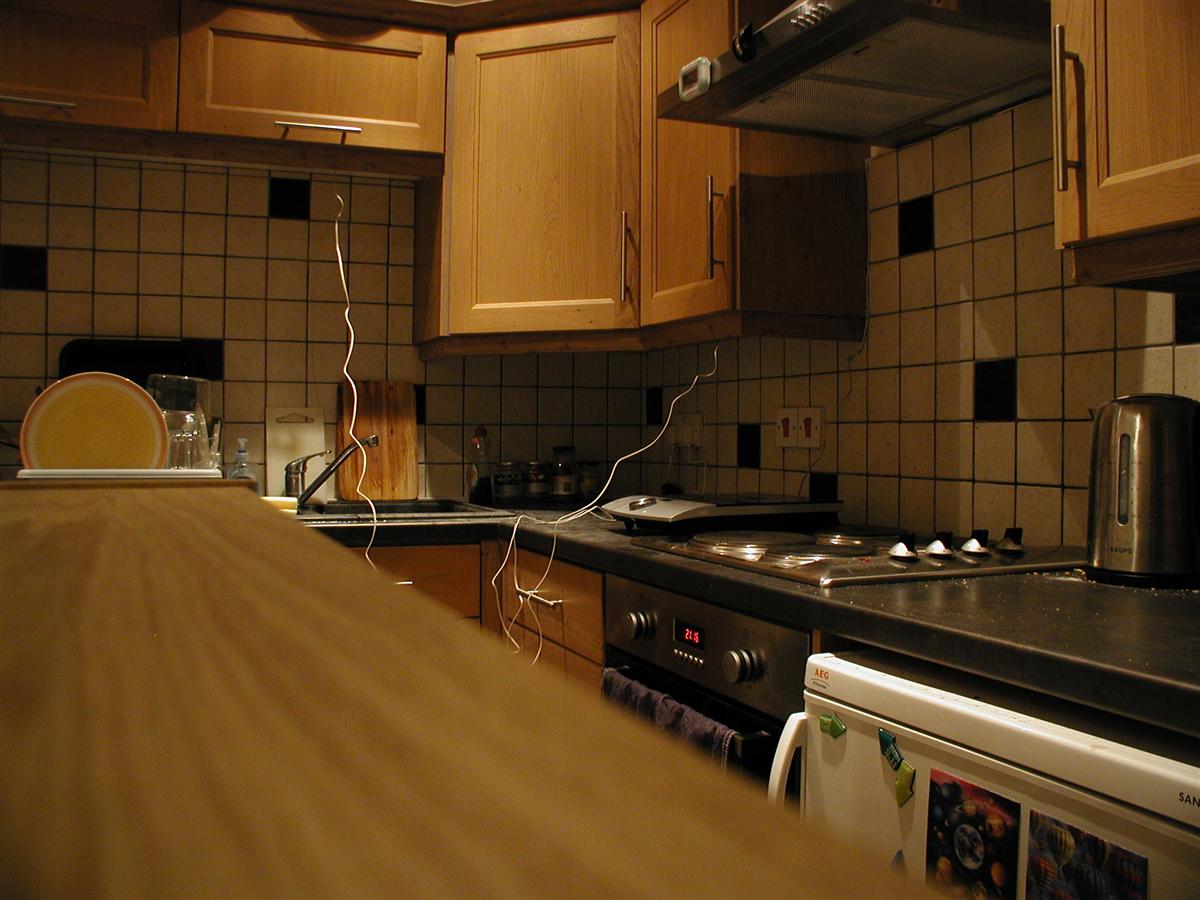 And this is what it looks like with the LED strips on (same exposure as the previous photo): 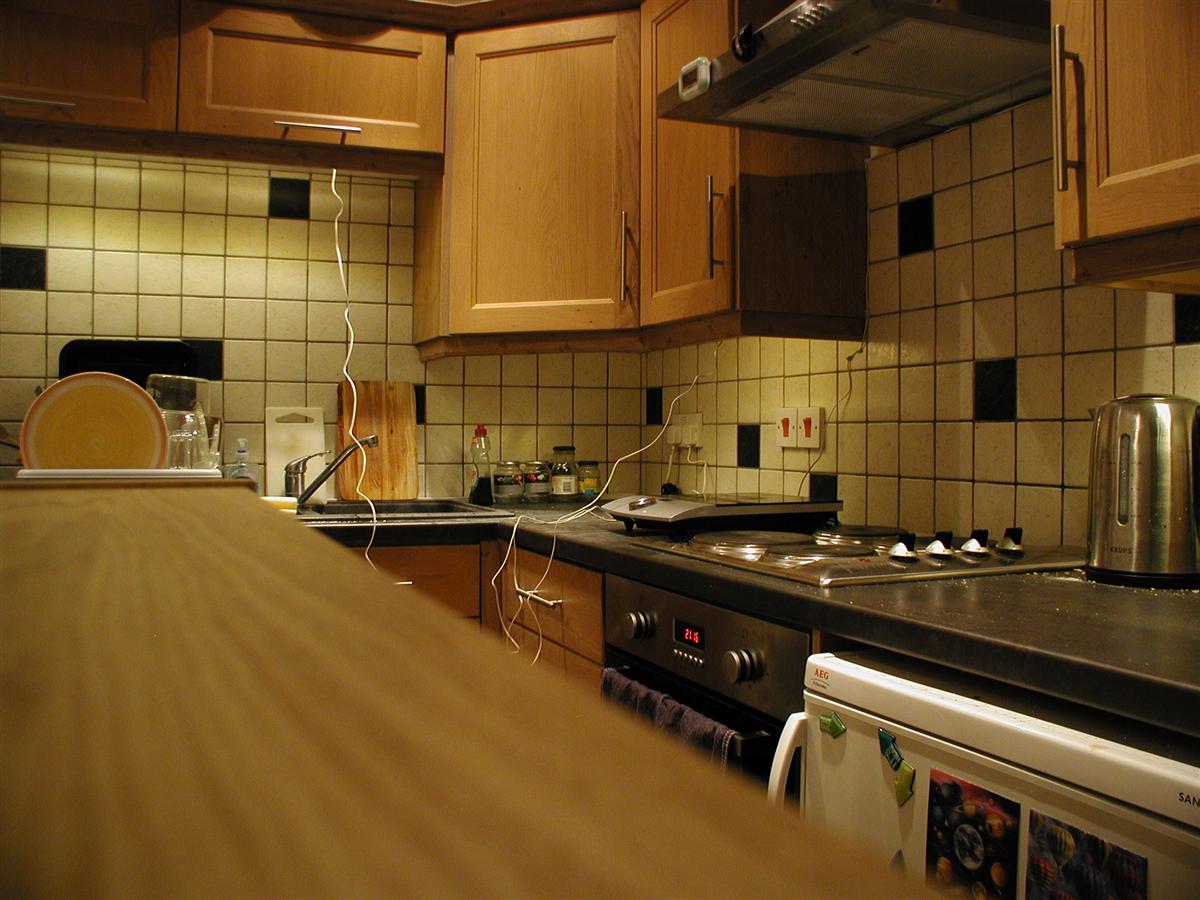 Yes, that's five of the strips strategically placed underneath the kitchen cupboards - one on the right of the hob, two on the left, and two more above the sink. Since taking those photos the cables have been tided away with copious amounts of Blu-tack (for non-Brits, think a sort of reusable sticky putty) and so far nothing's fallen down.

Oh, and I put the other bookcase together as well - you can see it (or rather, the blurred top of it) in the photos. And then discovered that Ikea have change the design a bit over the years with the result that it doesn't quite line up with the existing bookcase, but meh. That's easily solvable by moving the shelves in it so it doesn't line up at all :)

Okay, riddle me this:

My laptop can (via Windows file sharing) log in to my desktop and get at the shared folders.

Both are using the same username with the same password on the same version of Windows XP. Not only should this Just Work, but it indeed has Just Worked every time I've done this before. So I'm at a loss as to why it's failing now.