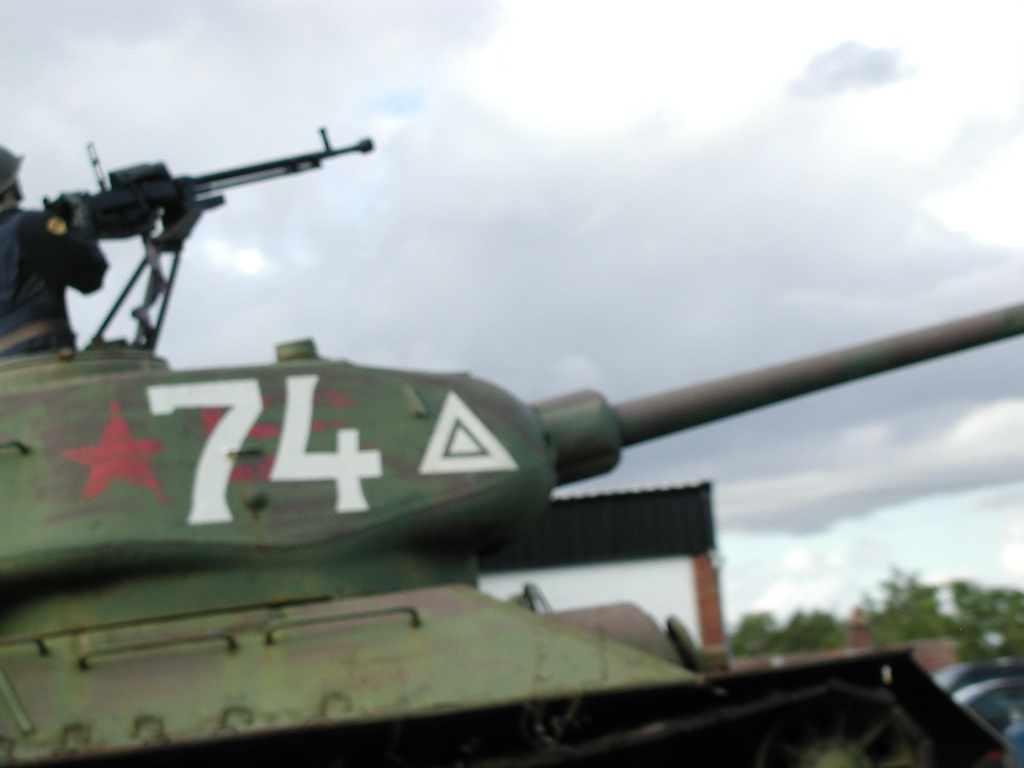 Today's main event was taking Hilary back to the airport. That done, we then thought that since we were practically in Birmingham we'd actually go and potter around the bullring for a bit. Easier said than done... we missed the turning for the direct route in from the airport and ended up on what must be the most long-winded route possible. The signs took us anti-clockwise round the perimeter of Birmingham to the north (at times we were running next to the motorway!), before directing us down from the very top. Eventually we defeated the one-way system and managed to get to the bullring. In the end we didn't stay long - just poked our noses in Selfridges and a couple other places.

The photo, by the way, is from an army surplus place somewhere on the way between Hay-on-Wye and I think Hereford. We ended up passing this most days, but it was quite a surprise on the first time when we turned the corner to find a tank pointing at us!
Collapse