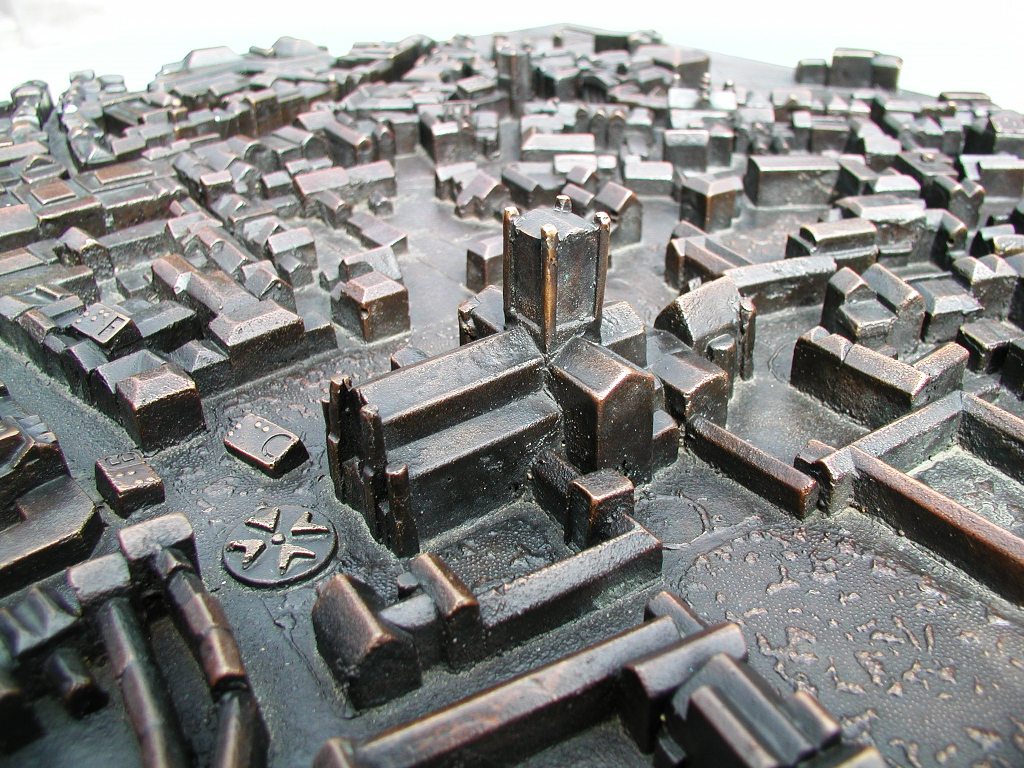 Today's outing was Hereford, a cathedral city on the English side of the border. With the exception of my aunt we've all been there before (and I've still got the "I climbed Hereford Cathedral" sticker somewhere), but it was still interesting to explore again. We ended up visiting a grand total of 3 churches along with a sort-of museum in an old house right in the middle of the main market square (which for some bizzaire reason had a sand pit of all things).

The museum house had a sculpture exhbition that could only possibly be described as "strange". I think they were supposed to represent something about the family that originally owned the building, but to me it seemed to be more of the "it's art because I say so" that you get from the Tate. The actual museumy bits were much more interesting.

There's several churches, but the main one is Hereford Cathedral (the photo is of a tactile guide showing it). Its main claim to fame is the Mappa Mundi, a circular map of the world as it was known in medieval times. The map has a wonderful mix of things in it, from reasonably accurate positionings of major cathedrals to the Cretan Labyrinth complete with Minotaur. It's well worth a look. The other major attraction in the cathedral is the chained library, which is exactly what it says on the tin - a library where the books are chained to the shelves They claim it's to stop the books being taken, but I maintain it's to stop them escaping.
Collapse