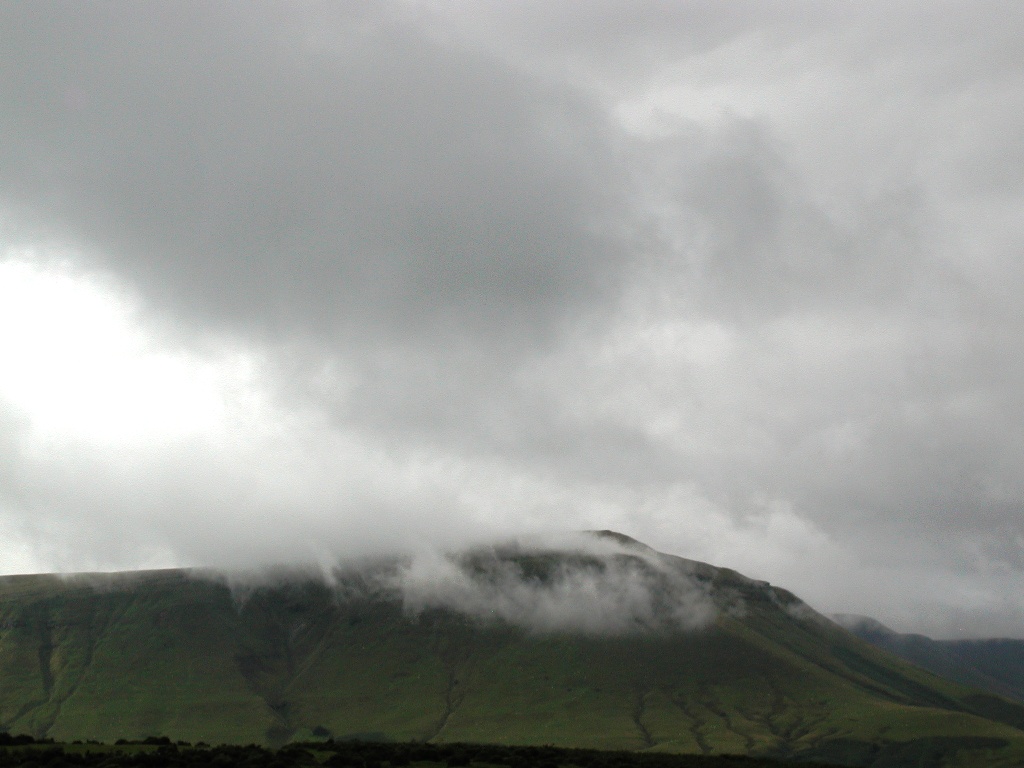 Today's outing was to Abergavenny, but rather than take the obvious route of the A-roads my mum suggested taking the Gospel Pass through the Vale of Ewyas over the Black Mountains (and yes, that does sound like something out of the Lord of the Rings). This is a long twisty road that takes you through the highest road pass in Wales, giving an absolutely stunning view at the top of it.

allegramente has more over here) - at some point I'll upload more and do a grand holiday photo post, but that one will do for now. It reminds me of a bit from Susan Cooper's The Grey King, where when the cloud is like this around Cader Idris it's known as the breath of the Brenin Llwyd. Here, this photo is of Hay Bluff which doesn't sound anywhere near as sinister.

Anyway, after slowly making our way down the other side of the pass (during which the GNU announced with much glee "I've found third gear!") and spending some time stuck waiting for a tracked vehicle that had chosen a narrow single-track as the place for its engine to turn into a cloud of smoke, we eventually arrived at Abergavenny. We pottered around a bit, explored the ruins of the castle and accompanying museum, and toured the various plaques that have been put up around the town. There's also a disappointingly modern stone circle that had been put up to commerate something-or-other, and then moved when the original location was built on.
Collapse